Thinking you have to read all the unread books on your shelves before buying new ones is like thinking a wine connoisseur should drink everything in their cellar before buying any new bottles. Some books just need a bit of shelf-time before they (/you) are ready. - Shakespeare & Company via Twitter.

Estate of Ingo Swann
@EstateIngoSwann
·
Oct 26, 2022
All thought is telepathic, whether in the conscious, subconscious, or supraconscious realms. It is impossible to shield our thoughts/beliefs against their radiating outwards since, “all that is” is definitely interconnected in manifold forms, ways, and byways.
Lisa M Christie, PhD
@LisaChristiePhD
One morning, when I was about 12, I woke up seeing things through the eyes of a boy I knew from school. ~Leonie via Diane Stein (Twitter: @ ednaelk) #out-of-body
Telepathy upgrade. AI can do the mindreading now. Link.
“The biographies of many great men contain surprising references to supernatural experiences and brushes with the cosmic consciousness.” - John Keel.
Source: 6 Degrees of John Keel Blog. Written by Barbara Fisher. From a DVD of John Keel giving a lecture at a FortFest in the 1990’s where he describes watching from a hilltop on the West Virginia side of the Ohio River, as boatmen flashed their bright lights up into the sky at the strange lights that were skittering about.
He describes how the lights would dash away from the beams of the boat’s lights. Then, Keel tells how he used his own powerful flashlight to signal the aerial lights, in Morse code, telling them to flash, or descend or ascend, and they would do as requested. Which gave him pause. use.
They either knew Morse code, or were reading his mind. In order to see which possibility was correct, he made up his own code on the spot, and signaled them—and the lights reacted appropriately.
The decoder algorithm was able to explain the plot of a silent movie that the research subjects were watching wile in the fMRI scanner. Then they were asked to make up a story in their minds and the decoder was able to retell it.
ASSAP: Association for the Scientific Study of Anomalous Phenomena - Paranormal Research Blog. Includes ghosts, UFOs, poltergeists, flying rods, miracles, orbs, hypnotic regression, big cats, vampires, near sleep experiences, premonitions, shadow ghosts, paranormal photos, auras, river monsters and dozens of other subjects. Link.
Tesla Universe. Link. The Miracle Mind of Nikola Tesla. Nikola Tesla needed no model to test his inventions; they appeared before his eyes as functioning realities that he could stop and start as though they were really there. Prodigal Genius: The Life of Nikola Tesla, Amazon.
Health benefits of humming. "As Webb put it, it’s like taking your foot off the gas pedal and telling your body it’s OK—you’re not being chased by a cheetah right now." - Vice.
All things Bigfoot/Sasquatch. Follow the Blog: Scenic Sasquatch.
Do yourself a favor. Listen to those who have a long history (ancient), conscious awareness, knowledge and experience with the 'Tree People' [and other various references]/Bigfoot/Sasquatch.
They are not invested in denial and ridicule because - as this being is their neighbor and their stories have been quite explicit in spelling out the existence - reality overrules gaslighting.
Documentary. Available without subscription (free). Native Bigfoot. Indigenous stories. Living with Sasquatch, Giants, Wendigo and Little People. Explanation of how a Séance type gathering intended to help remove an antagonistic spirit uncovered an unexpected connection. Documentary Link.
Food for Thought -
Inconceivable! Inigo Montoya: You keep using that word. I do not think it means what you think it means. - The Princess Bride.
The Phillip Experiment. Link.
More on that project. Link.
Reminds me of an episode of One Step Beyond. A Ouija board is involved. The name of the spirit is Jeremy. This series is still Watch The Secret.
And fast-forward to another project, designed to prove life after death. Running from 1993-1998. The Scole Experiment. Documentary about that project. Link.
An important update. The Scole Experiment is celebrating the 30th Anniversary in 2023. Announcing publication with universal free access 'for educational purposes only' to all The Scole Files.
New Thinking Allowed with Jeffrey Mishlove interview with Stephen Braude, Phd,
on the enigma Ted Serios - and his Thoughtography. Link. View the Ted Serios collection. Link.
Sound on ... Rockin' in the USA ... Dog lover. No doubt the house is shaking. Twitter.
https:/ 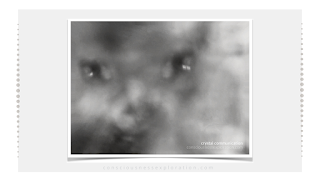