“It’s no use going back to yesterday, because I was a different person then.” - Lewis Carroll

How to bring a laundry list of anomalous personal experiences into a common framework? Find a label that allows for a wide degree of variation in terminology. Experiencers. It's all about dots connecting.

"In the end, the abduction phenomenon seems to me to be a part of the shift in consciousness that is collapsing duality and enabling us to see that we are connected beyond the Earth at a cosmic level. No common enemy will unite us, but the realization of a common Source might." John E. Mack, Passport to the Cosmos.

Enhanced PSI. Telepathic Interaction. Paranormal quirks. Lots of people now experiencing "contact" - interaction. Each has their own language/interpretation/expression and their own method of connecting.
Experiencer Chris Bledsoe, featured in the series UFOs Over Earth, posts his video sightings of UFOs on Facebook. He says the activity is increasing.
In this video, Grant Cameron interviews Experiencer Annette Williamson and The Beings. Familiar material here. She mentions Soul Contracts.
In the comments: "The video is a huge validation for my "meditation" group who are now in contact with similar beings. I can totally relate to everything that was presented in the video. Our reactions were the same. "They" tend to be "matter of fact" in their presentations. They meet us on our levels of understanding and then raise those levels through presentations."
===========

Dowsing
Posted to Ley Lines and Earth Mysteries Public group on Facebook: Invergowrie NSW Australia -
I am a dowser of 28 years. My grandfather was a dowser. I didn’t know this until many years after he passed. A series of (coincidences?) led me to a workshop and I found out I could dowse very easily. Then my mum told me about my grandad. Blown away! Anyway, years passed and we realized the land we had purchased had huge energy lines running through it. After much deliberation and visions which appeared to me, we decided to build a stone circle on the lines. We envisioned small stones, however, the universe had other ideas, and after an incredible series of events, we ended up with these massive stones (too long to go into). We are one of the 83,000 sites around the world that creates a new world grid that will reflects the heavens on earth, therefore ushering in the age of Heaven on Earth.
Uri Geller's new quest. Locating (Dowsing) the Ark of the Covenant. Daily Star.

The Chris Bledsoe Story Pt 1: The River. The Richard Dolan Show. UFO, Paranormal - As real as it gets...

There are 3 more segments to this interview with Richard Dolan and you can find them  here: Richard Dolan YouTube . For more information abo... 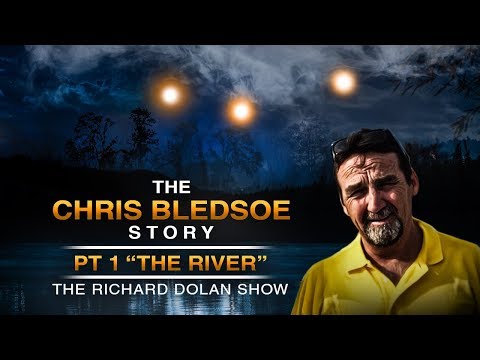