How wonderful that we have met with a paradox. Now we have some hope of making progress. - Niels Bohr

Reincarnation Pioneer. Dr. Helen Wambach was a psychologist who did research on reincarnation in the 1970s.  This is a 3 part audio series featuring a fantastic glimpse into her research and what she learned through that process.

Regarding Helen's statements at 56:30 - about people who remain aware of all that goes on around them while being anesthetized can be corroborated. It is referred to by O.T. Bonnet in his books as well and one of the reasons I am posting these two as resources. They corroborate each other.

Personal experience (Wendy): OBE during wisdom teeth extraction at 14. Aware of the scene of the office and watching over the left shoulder of the doctor as he worked on me and all of the blood. I found it fascinating. After the surgery, I knew I had been out of my body to witness that scene.

Helen Wambach YouTube. part 3. Starts with a woman who says she experienced a past life as an extraterrestrial.

Ivan T. Sanderson. Time Slip Into Another Dimension: "Finally, she took my hand and, pointing, described exactly what I was seeing. At which point, I became speechless. She said, “How did we get to Paris 500 years ago?” - Mysterious Universe.

The Healing Power of UFOs: 300 True Accounts of People Healed by Extraterrestrials, Amazon.

"A primary astrological marker for the pandemic, the Saturn/Pluto conjunction in Capricorn, has completed, but in its wake comes a new astrological cycle where Saturn, our stability and safety is being challenged (squared) by Uranus, the planet of change and unpredictability. We see this reflected in the ongoing difficulty of controlling the spread of the virus. This heavenly square stays in effect until March of 2022. It seems like we face another year of world-wide struggle with the pandemic." - To schedule a reading and/or sign up for the newsletter: Astrology by Moon Rabbit.

About the Good People

Respect for the Fairies. Irish Times.

They are in other places (my yard) as well.

"Voices of the Forest" DVD on Fairies in new Zealand by Gary Cook. Official trailer.

Interest and study of any and all of the above contribute to shifts in consciousness and evolution in being.

Stephan A Schwartz. Authority on Remote Viewing and Nonlocal consciousness. Published in 2018. Science could use a reminder. Source: "Those individuals who produce extraordinary research do so not by force of intellect or will alone, although these are important, but because they have had, as they explicitly report, insights arising from nonlocal consciousness at the same time that there was a crisis." 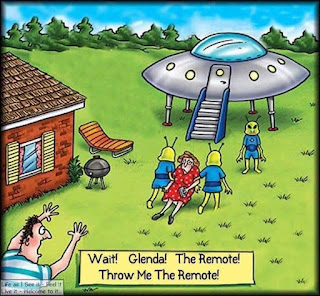 Cartoonist on this? Found on Facebook. Link.
***
Hidden in Plain View

John Foster UFOs. They've been here all along. = "As we approached the room I could hear a strange hissing and roaring…and I could hear a voice speaking clearly but it was a little muffled. As we entered the room she pointed up to a storage shelf near us. She then began running for her shipping desk in the back of the room, still confused but still talking." Link.

After the Gold Rush. Neil Young/YouTube.

“When we try to pick out anything by itself, we find it hitched to everything else in the universe." - John Muir , naturalist, explore...