Sasquatch, Life After Death, Aliens, UFOs and ET Reality: Proof? It's all relative

'Big Fur' Trailer - Months ago, I bookmarked this film and finally had a chance to watch. It's a Taxidermy/Sasquatch documentary. What a great angle. I also noticed a neat little bombshell buried in the film: Evidence.

Stored in Ken Walker's fridge, frozen from the time of recovery, snow included, and awaiting a proper re-examination (the first was inconclusive - due to lack of known source/origin for comparison), a baggie --- watch the film. Ta dah!
Note: I am a believer. Bigfoot/Sasquatch is real. If this is what it takes to get others on board - it might pay off at some future date. Whatever, I like the film and, knowing the subtle way Sasquatch magic works, it is no coincidence that a world class taxidermist has given us an authentic replica to ponder. Baby steps.
Cut from the film: Nod to Sasquatch swamp sightings. YouTube.
Also recommended for your Bigfoot Documentary library, The Unwonted Sasquatch: The Director's Cut [Sasquatch Among Wild Men] is a critical examination of the subject. The most impactful element for me was hearing Journalist/Historian John Green say he has been researching Sasquatch since 1957. Respect.

Positive Review for the film: HorrorGeekLife.
Re: Army Corps of Engineers Bigfoot Report: AppalachianGhostWalks.
Re: FBI Report on Bigfoot. Interesting. NBC.
Thank you to Cheryl and Orville Murphy at Board Camp Crystal Mine for introducing me to Sasquatch and for sharing their ongoing contact notes.
I treasure the crystals I was gifted during my visit and the opportunity to interact. For those who are receptive, Sasquatch open hearts and minds to the novelty in our midst. Board Camp Crystal Mine Christmas Newsletter had a picture enclosed: 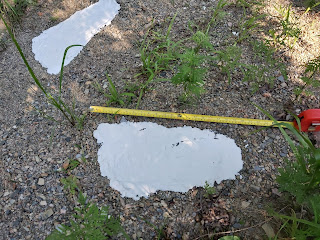 "Sasquatch left us his calling card again, in the middle of the mine road not 100 yards from the stage,
which Orville was able to cast." - July 2020
Curious about Bigfoot? Visit Cheryl and Orville in Mena, Arkansas. Dig a few crystals, take the tour and keep an open mind. I had not expected to have an encounter - then I realized - telepathy is also involved. Do your own homework.
Wendy's Coffeehouse interview about some of their encounters. Link. Related interview with Paranormal researcher and Sasquatch Whisperer Gary Hart who was also there during my visit. Link.

Robert Bigelow wants proof of life after death. The recently established Bigelow Institute for Consciousness Studies (BICS) has announced a global essay contest. BICS is seeking input from scientists, religious scholars, consciousness researchers, and anyone else who can provide evidence of an afterlife. Open call for submissions. George Knapp interviews Robert Bigelow about BICS.

With Leslie Kean on board as one of the judges, I anticipate a book on the project about this same time next year. Deadline is November 2021 so it might be a bit longer. Or maybe I am simply an optimist. Our conversation about her book, Surviving Death, is in the archives. Link.

Bigelow had determination to write his own ticket at a young age. “When I was 12 or 13, I made a commitment to myself to really get involved in something to do with space, and something to do with U.F.O.s if I ever had the money to do it. So I made a premeditated contract to myself to get into some kind of field where I could make a lot of money.” - Long read, Ralph Blumenthal, New York Times.
###

Reports of UFO/UAP sightings and encounters are increasing. 1/2021 While many can be debunked there are also reports that are unresolved, unexplained and/or simply ignored when there is no department assigned to tracking such events and no effort to follow up. Link.
As the mystery persists, there is another element to consider. An increase (at least in social media visibility) - in the number of those who are coming forward and confessing life-long contact/interaction.
Marcia Schafer - ET Reality. "We are about to enter a chapter of evolution that will witness genetic mutations and DNA driven changes in consciousness. This next stage will lead to a new way of life as Earth journeys through space and enters another dimension." - Confessions of an Intergalactic Anthropologist (2nd Edition) by Marcia Schafer (2002-02-03) Amazon.
Marcia first appeared on my radar when I saw her with Bob Dean in a Project Camelot interview. Link. (Bob is now deceased.)
Bio: A change catalyst, Marcia transforms our understanding of the world around us as we face the future, knowing the truth of our extraterrestrial reality.
Amazon Review: Carol Watson - Intelligent, credible, fascinating. "I was fully conscious as a baby and had to wait for physical development to catch up to my awareness. Would I ever mature? Such were the thoughts that circled my mind. And thus began my journey into the human experience." What follows is the fascinating story of the life of Marcia Schafer who has experienced ancient past life memories and contact with beings from other dimensions.
Chapter One: "It’s time for all of us to recognize the truth that Kansas and Oz exist side by side; we need only change the focus of our momentary attention. We live in a multidimensional world that contains myriad possibilities. The only limitation is what we chose to recognize and accept."
Connect with Marcia for additional more information, books and personal consultation. Beyond Zebra.
*Check Wendy's Coffeehouse archives for the updated interview, 1/29/21.
###
Coming up - February 2021 - an interview with Brent Raynes, Publisher of Alternate Perceptions Magazine. Given all of the years he has been researching the subject matter, he was asked whether he believes UFOs are extraterrestrial. Answer: "It doesn't really matter." Source.
The plan is to talk about his book on John Keel. We'll see where it goes from there.
###
*Wendy's Coffeehouse is now hosted in two places. KCMO Talk Radio 710 AM and Empower Radio. Podcast archives are on Audioboom.
Thanks for listening!
Stay curious. 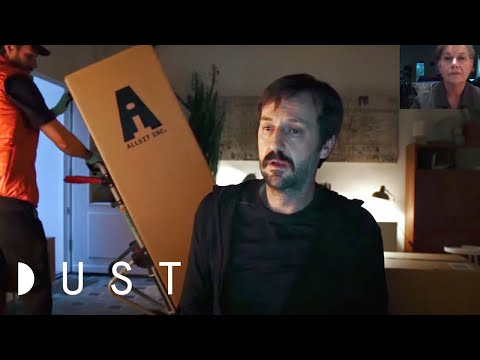